Fixing Up the Shack

Lately I've been working a lot outside in our yard in a desperate attempt to make our house look more like a home and less like a run down shack. A lot of things have been languishing because we just haven't had the money to have them repaired. We still don't, honestly.

Last year we removed our back deck because it was rotting, causing water damage to the house, and no longer safe. We also removed the back stairs coming from our entryway because of a pesky paper wasp infestation (NASTY buggers!). The deck has now been replaced with a small set of stairs, and the other steps were rebuilt, but there was damage left to the house from where the old structures once were. This is what the area around our back stairs looked like after the new steps were put in: 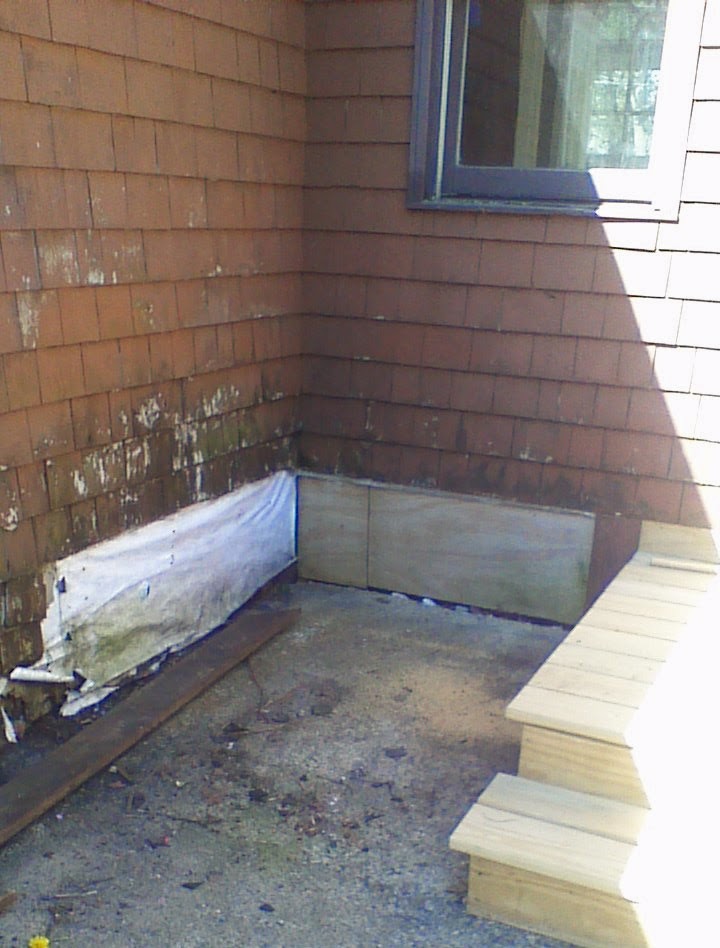 We have exactly $0 available for repairs right now, so I had to get creative and come up with a solution using what we already had on hand. We had some boards left from the old deck that were still in usable condition, so I cut them down and used them to cover the exposed areas of the house. Bonus: they were already painted to match the house. 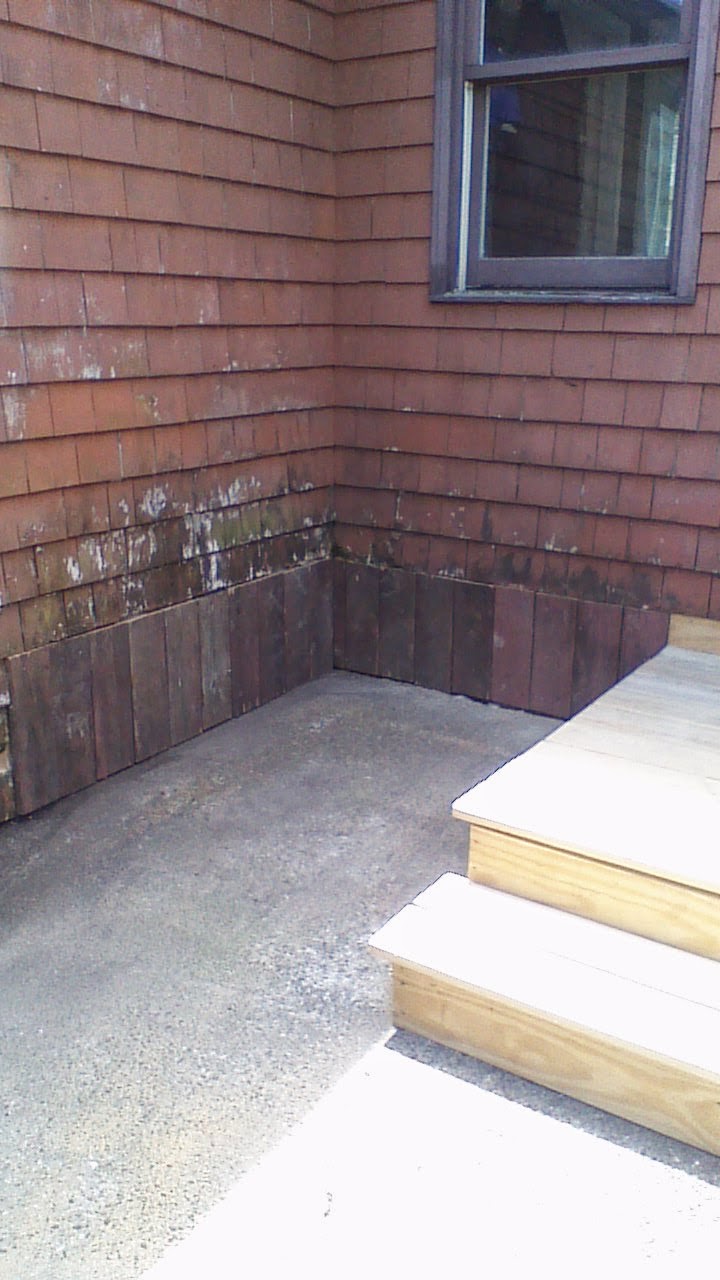 It's not perfect, but it's much better than before. I had originally planned to put a large planter in that space next to the stairs, but I found that the kids' sandbox fits nicely instead.

As for where the old deck was? There is currently a barren patch of dirt there instead. I scattered some grass seed in the hopes of having it blend in with our existing lawn, but it remains to be seen if it will grow. Heck, as long as SOMETHING green grows there, I don't even care if it's grass. I'll just be glad it's not mud anymore.

The veggie garden has been improved, too. We rented a rototiller and hubby used it to vanquish all the weeds that had taken over. I have most of our veggies planted now. This year I'm growing zucchini, bell peppers, onions, and a boatload of green beans. I'm also trying out something new to me this year- growing potatoes in trash barrels. I'm excited to eat all the yummy veggies we grow this summer!
Posted by Hilary at 12:45 AM No comments:

Hilary
Hi! I'm Hilary and I am a stay-at-home-mommy of 4 crazy, crafty, and chaotic kids that keep me busy and make me crazy too ;o)